Ever wonder what mighty potion Vikings fortified themselves with as they crisscrossed the oceans? Or what King Midas was swigging from his golden goblet?

Mead may be the ancestor of all alcoholic beverages. It’s enjoyed audiences with all manner of royalty, epic fictional heroes and even Greek gods. Its popularity has still sagged under the weight of history – until now! The ancient draught, using modern techniques, is staging a triumphant return and you need to know what all the buzz is about.

1. Mead has its own distinct drinks category

Mead isn’t classified as beer or wine in the typical sense, but stands apart in its own rank of alcoholic beverage. The alcoholic content of Cornish Mead ranges up to 17% ABV.

2. It’s thought to be the oldest alcoholic beverage on earth

Chinese pottery vessels dating from 7000 B.C. suggest evidence of Mead fermentation that out-ages both wine and beer. The very first batch of Mead was probably a chance discovery: Early foragers probably drank the contents of a rainwater-flooded beehive that had fermented naturally. Once knowledge of Mead production was in place, the sweet beverage became globally gulpable, popular with Vikings, Mayans, Egyptians, Greeks and Romans alike.

3. This golden elixir was considered the “Drink of the Gods”

Referred to as “nectar of the gods” by ancient Greeks, Mead was believed to be dew sent from the heavens and collected by bees. Mead was thus associated with immortality and other magical powers, such as Olympus-level strength and wit. For this reason, Mead continued to factor heavily in Greek ceremonies even after its eventual decline in drinking popularity.

4. Under the weather? Drink a glass of Mead

No need for a Mead prescription these days, certain kinds made with herbs or spices were used medicinally in early England. Infusing herbs into a sweet Mead made them more agreeable and different varieties were thought to improve digestion, help with depression and alleviate good old-fashioned hypochondria. These types of spiced, herbal Meads are called “metheglin”, derived from the Welsh word for medicine.

5. There is a National Mead Day

The 3rd August is recognised as National Mead Day. This was started by the American Homebrewer’s Association (AHA) to celebrate the craft of Mead-making, to spread awareness of this ancient and more-so at the time, obscure beverage. It’s actually somewhat ironic for a drink that is more akin to wine to be selected for celebration by beer-brewers, but when you look at the craft beer movement, there are many beer-lovers who enjoy a good Mead. 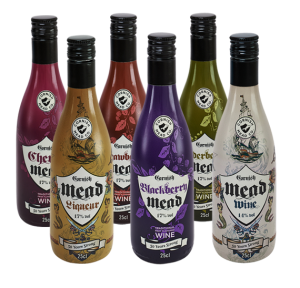 Sweet, dry, still or sparkling – all describe varieties of Mead but amble up the Mead family tree a bit further and you’ll meet some of the more eccentric relatives. You already know metheglin, but don’t forget melomel, a Mead that contains juice or fruit like blackberries and strawberries. Then there’s cyser, an apple-based Mead; acerglyn, made with maple syrup; braggot, a Mead/beer blend brewed with hops or barley; rhodomel, a very old style laced with roses and legions more.

The best part of Chaucer’s Canterbury Tales? When the Mead starts flowing. In The Miller’s Tale, Mead is described as the draught of townsfolk and used to court a fair lady. Chaucer also makes mention of spiking his claret with honey – clearly, he had a sweet tooth.

Mead made its mark on other fictional worlds too. A little epic poem called Beowulf features public Mead halls front and centre: The boisterous mead hall called Heorot is attacked by the monster Grendel, which motivates Beowulf to battle.

Even J.R.R. Tolkien got down with Mead mania in Middle-earth. He too referenced a Mead hall as Rohan’s great gathering place and house of the king. Sumptuously decorated with a straw roof that appeared to shine like gold from a distance, the Mead hall was a space of great importance and power.

8. Mead is a preferred drink of Royalty

Queen Elizabeth was known to drink a golden goblet or two and had a favourite Mead recipe made with rosemary, thyme, bay leaves and sweet briar. King Midas with his golden touch – his tomb was discovered in Turkey; it revealed the remains of the King’s funeral feast. Guess what was found in the ancient drinking cups: sweet Mead residue.

Mead is also believed to have been the choice beverage of Queen Sheba and King Solomon. T’ej is a type of bittersweet Ethiopian Mead that can be traced to the fourth century and is still a popular drink in the region. If it ain’t broke, keep drinking it.

9. Thank Mead for the Honeymoon

Stop slurping oysters: Mead is the original aphrodisiac! The origin of “honeymoon” harks back to the medieval tradition of drinking honey wine for a full moon cycle after a new marriage. All that golden essence would supposedly ensure a fruitful union bearing plenty of children. This Mead based insurance policy was taken so seriously that a bride’s father included a month’s worth of Mead in her dowry!

So, for the most appropriate wedding gift why not take a Cornish Mead gift pack for the bride and groom? 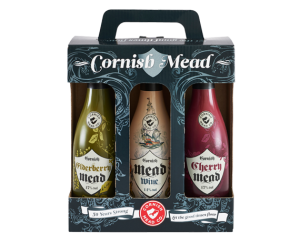 10. Mead is making a comeback!

Mead isn’t just the drink of Greek gods and mummified kings. There are now many ‘Meaderies’ and stockists in the UK and over 250 in America. The resurgence of this radiant juice seems assured due to continued interest in craft brewing and distilling. There are a couple of promising signs; local Mead festivals are cropping up around the country to pay tribute to the ancient quaff and chef René Redzepi of Noma – rated the best restaurant in the world – has revived industry interest in Mead by using it in his dishes.

Ready to try Cornish Mead? Shop online today and find out what the buzz is about!

Wow! We saw this & had to share-the colours of #Cornwall. A carpet of heather & gorse shows the way to Enys Dodnan Arch, the Armoured Knight & a more distant Longships #Lighthouse
📍: #LandsEnd
📸: @stucornell 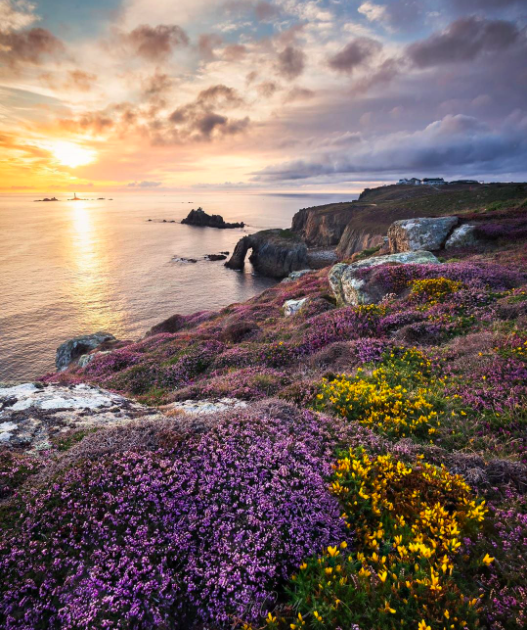 Mead makes the perfect accompaniment to a dinner... 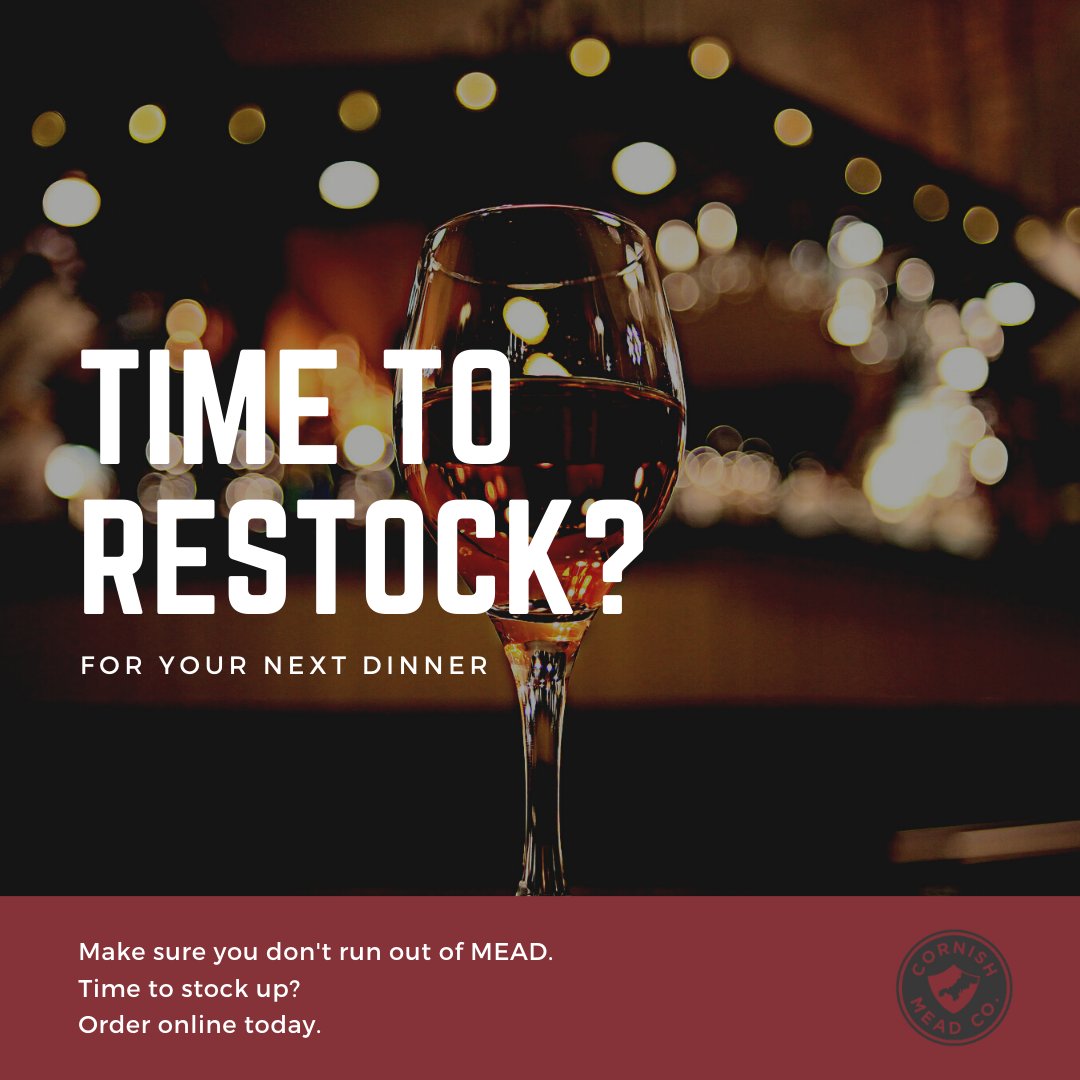 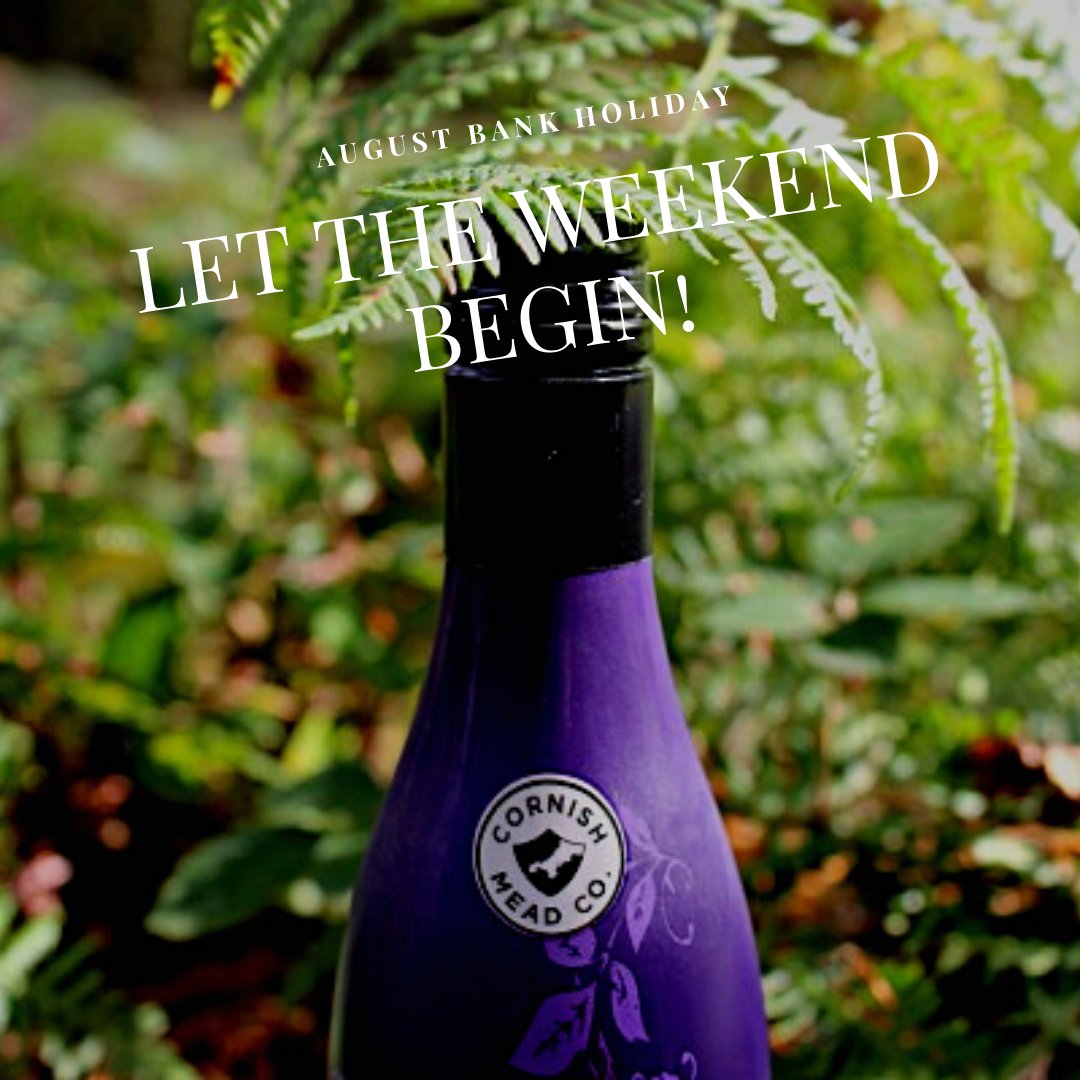